Run a Project on Docker

Since some of my students are always struggling with working with docker or create a docker file to run machine learning projects, I am going to write this post to learn you how you can create a simple Docker file step by step.

First, Download the Docker application. Then you need to understand the differences between the types of Docker images so that you choose the right one for your application or script. The difference between docker images is the underlying operating system. You can always change the image in your Dockerfile and rebuild your images. I recommend Images tagged with buster for Mac or Linux operating system. You can check this website to get familiar with different initial docker images.

Make a Docker file on Vscode

Make a new project at the determined address and make a file with the name of Dockerfile. Since you make it, the logo of the file will be changed to the Docker logo.

Now you should write this command to create the initial Docker image.

It's optional to get the apt-get update and install the initial python packages.

Another important thing you should consider when you want to make a Docker image is mounting the place your files are into the image.

Then you can save the file. Here is an example of one of my docker files for one project. 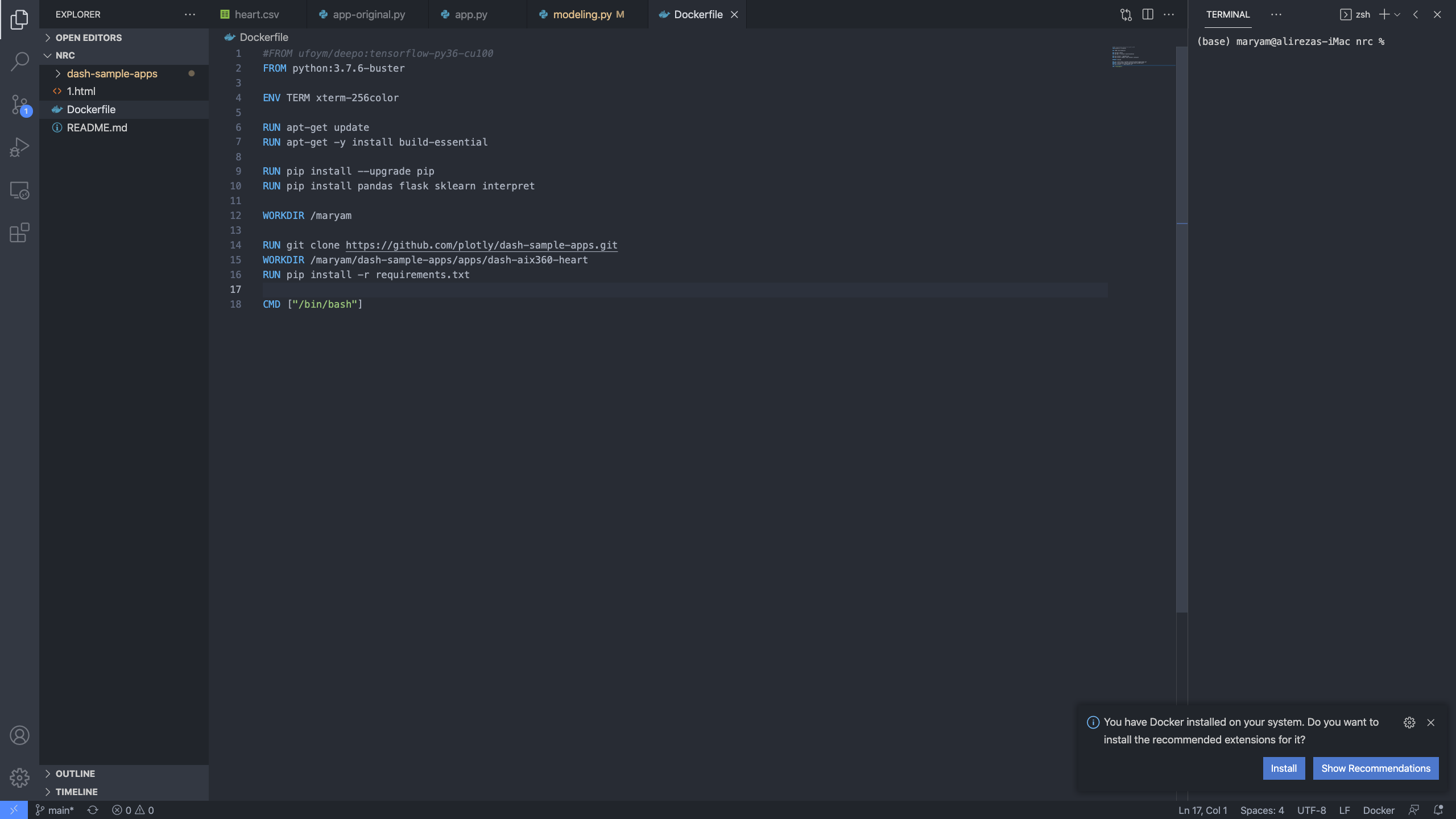 After saving the docker file you should write this command at the terminal to run a docker image named yourimagename:1 at the current location.

To make sure that your image is built or not, you can use "Docker image list" to see the list of docker images.

After building an image with the name of “yourimagename:1” we can build and run the container.

Start your container using the docker run command and specify the name of the image we just created.

The above command is the pattern to build a docker image. The following code is an example I used for run "nrc:1" image.

--rm -it The -it runs Docker interactively (so you get a pseudo-TTY with STDIN). The --rm causes Docker to automatically remove the container when it exits.

-p It defines the available port to run the image. It's mostly used for web applications or using Jupitor. nrc:1 the name of the docker image.

By running the docker image you will go to that image with the specific directory you mounted. Now you can make as many files as your project needs and run your code on the docker environment.